Calf prices steadily improved through the first four months of 2019 and drought conditions have significantly eased, but profit margins in the beef sector remain tight.

Calf prices in most of American AgCredit’s territory (California, Colorado, Kansas, New Mexico, Nevada and Oklahoma) moved off of seasonal lows in the first quarter, and in some cases are tracking higher than they were in 2018. Input prices increased marginally in the first quarter, while profit margins have tightened but remain mostly positive. For example, the Food and Ag Policy Research Institute (FAPRI) recently estimated that cow-calf net returns in 2019 would be roughly $46 per head. This 2019 estimate is positive, but represents about a $30 per head decline from the 2018 estimate, as FAPRI estimated that feed costs would increase about 2 percent and calf prices would decline about 3.5 percent.

Stocker prices started 2019 on an uptick

Cash prices for steers in most of American AgCredit’s territory were higher in the first quarter of 2019 than the previous year. Prices increased the most in areas that received abundant precipitation in winter and early spring as the “grass fever” effect took hold. For example, as drought conditions eased in most of Colorado, beef prices increased, with the price of 400-pound steers rising 5 percent in March and 3 percent in April from the previous year.

Nevada has also received substantial moisture to start 2019 with the same effect on beef prices. In March and April, the average price for 400-pound steer increased 1 and 5 percent, respectively, over the previous year.

Despite the strong start, calf prices do face several headwinds in 2019. Supply continues to build to record levels. In April, cattle on feed topped 12 million, the largest April inventory since recording began in 1996. March placements were also 5 percent higher and marketings were 3 percent lower than the previous year, indicating some slowness in demand.  Calf prices in early May were generally lower than in April, perhaps as an early reaction to the changing supply and demand calculus.

In 2018 and early 2019, the run of fall- and winter-bred cows and pairs was lighter than in previous years, and prices were generally lower. As expected, American AgCredit’s cow-calf pair price index was mostly lower in 2018 compared to previous years. One bright spot was Colorado, where cow-calf pair prices fared slight better as improved pasture conditions over the previous year allowed ranchers to restock cows that may have been culled during the drought.

Cull cow prices are also down 5 to 10 percent from last year. Customer have reported slower breeding bull sales than in previous years. However, most ranchers have built adequate equity and should not be affected too badly by a decline in cow values. For young and beginning ranchers, the down markets may be an opportunity to enter into the industry at a lower price point.

For cow-calf operators, input costs have risen slightly. The average price of grass hay in the first quarter increased between 18 and 27 percent across American AgCredit’s territory. However, hay prices have declined since summer 2018, when drought conditions depleted hay stocks. Over the same time period, the price of corn has increased about 20 cents per bushel in Kansas and Colorado. In late April and early May, the price of corn declined somewhat, perhaps offering some relief to opportunistic buyers.

Recent surveys indicate a slight increase in pasture rents this year. Most areas in American AgCredit’s territory have received excellent rainfall. Spring grass growth and stock water levels have been very strong, which should help pounds-gained ratios. Some customers in areas that were stricken with drought in 2018 have indicated that stocking rates will be lower in 2019, allowing for grass recovery. Lower stocking rates may effectively increase the cost as the total pounds gained could be lower than 2018, but the overhead rent may stay the same.

The fed cattle market started the year with strong live cattle prices. In the first quarter, cash bids were around $125 to $130 per hundredweight in Kansas and Colorado, and a little lower in more mountainous areas due to higher transportation costs. However, prices have since declined and profit margins are thinner than expected. In fact, Kansas State University estimated that fed cattle profits were roughly breakeven in January and February but projected to make about $33 per head in March. The Sterling Beef Profit Tracker also estimated gains in the first quarter of 2019, though smaller gains than a year ago.

Profit margins declined for several reasons. First, several very cold periods combined with very wet weather significantly set back feed conversion and rate-of-gain metrics. As such, the cost of gain in the final months of the year hurt producers’ bottom line. Kansas State University’s cost-of-gain estimate for March increased around 9 percent from the previous year, due partly to input costs but also to poor pen conditions.

Higher input costs cut into profit margins for some operations in the first quarter of 2019. The corn futures market averaged $3.73 per bushel during the first quarter, about 2 percent higher than the previous year. Likewise, corn dry distillers’ grain was about 4 percent higher in the first quarter compared to the previous year. Finally, the total number of cattle on feed remains above 12 million, a historically high number, and marketings have been very slow. With the high volume of cattle on feed, buyers can afford to be more selective about lot pricing. This volume, coupled with solid packer margins, will continue to temper rallies in the market ahead of the seasonal summer demand.

Looking forward, Kansas State University projects mixed earnings though the third quarter. However, as of the first week of May, the fed cattle price for most 2019 contracts on the Chicago Mercantile Exchange is below Kansas State University’s price needed to break even. As of early May, the price of corn had declined sharply from the first quarter, perhaps offering an opportunity to ease input costs. This outlook may improve if the beef sector is able to capture some of the gap in protein supply due to African Swine Fever. Additionally, packer margins have remained fairly stable which could add some long-term buying power during tighter markets.

While 2019 started on slightly better footing than the previous year, challenges still remain for cattle producers. Most ranchers are used to facing adversity and will likely benefit from deep operational experience as they look to manage market shifts, rising input costs, animal health, and countless other factors. 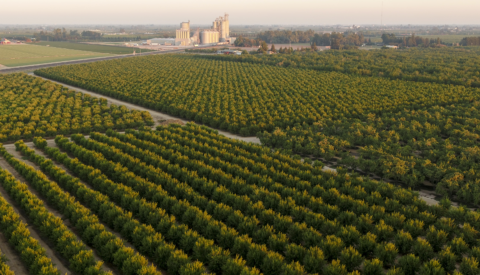 California farmers play a lead role in producing the nation’s supply of fruit and nuts, recently accounting for more than 70 percent of U.S. production. Strong… 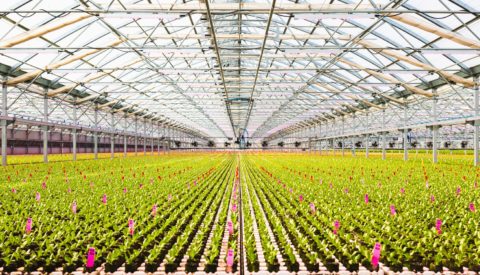 Pierre Sleiman, Jr. did not follow a typical path into agriculture. Studying computer science at the University of California, Riverside, he was already on a mission… 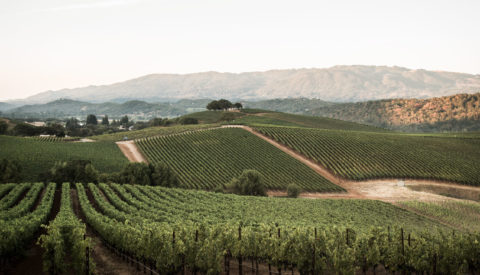 While most parts of the United States have seen a decline in the number of farmers, Sonoma County has bucked the trend with a modest increase from 2012 to 2017.