The economic outlook for farmers in San Joaquin, Stanislaus and Merced counties remains generally positive with sustained growth across several key commodities, though there are headwinds in the form of prices, production costs and trade uncertainty.

American AgCredit has the privilege to serve a portion of the Northern San Joaquin Valley in San Joaquin, Stanislaus and Merced counties. These three distinctive counties were home to more than 9,300 agricultural producers in 2017, representing roughly 13 percent of California farmers and half a percent of all farmers in the United States.1

Not Afraid of Change

Many farms in the Northern San Joaquin Valley have been owned and operated by the same family for generations. However, this does not mean that today’s generation of farmers are still farming in the same manner as their forebears. In fact, it is unlikely that many farms in this region operate in the same fashion as they had been even a handful of years ago.

By way of example, consider the explosion of the almond industry. In 2000, there were about 208,000 bearing acres of almonds in San Joaquin, Stanislaus and Merced counties. Seventeen years later, almond production had jumped by more than 75 percent to 366,000 total acres.

The rising trend of almond production was also mirrored by walnuts, which saw its share of cash receipts rise from 3 to 5 percent in the same time period. This increase was nearly balanced by a general decline in relative production from dairy and grapes.

The redistribution in cash receipts does not mean that cash receipts for dairy have declined. From 2000 to 2017, dairy receipts increased 37 percent when adjusted for inflation. The growth in dairy receipts may signal greater use of technology and rising demand* in a very mature industry.

Total cash receipts in these three counties have continued to grow, although total receipts are down from previous years’ highs. From 2000 to 2017, agricultural cash receipts for Stanislaus and Merced showed a faster rate of growth than receipts across California (combined) and the U.S. agricultural sector at large.

* The per capita consumption of dairy products increased more than 8 percent from 2000 to 2017 on a milk fat basis.2

The growth in agricultural cash receipts in San Joaquin, Stanislaus and Merced counties has generally been strong, although it’s not without bumps and bruises. Commodities have cycles that affect prices, and at times local, regional, national and (increasingly) international events can further strain commodity prices. For example, the dairy industry was in a significant down cycle for much of 2018 as large international stocks, strong domestic production and shifts in demand created a significant market price correction.

Looking towards the second half of 2019, there are several potential headwinds that warrant attention.

First, long-term demand remains essential for sustained growth. For example, the 2019 preliminary estimate of almond-bearing acreage in California was 1,170,000 acres – nearly double the bearing acres in 2009.3 To date, the almond industry has done an outstanding job of creating demand, but will need to continue to do so, particularly if international trade disputes continue.

The wine grape industry showed growth earlier this decade, but has softened in recent years. Demand and price for wine grape in San Joaquin, Stanislaus and Merced have also tapered for some producers. Moreover, there is growing concern that weakening bulk wine prices are an indicator of further softening in the region.4

Commodity prices in San Joaquin, Stanislaus and Merced counties have generally remained flat in 2019, but are well below the high-water marks of years past. One way to capture the overall price trend is to weight each commodity’s significance to the county by total value and create one price index. This method confirms that prices have been relatively flat in recent years, and down from previous highs.

Developing and sustaining demand for the products grown in the Northern San Joaquin Valley will be vital to future price support.

An oft-cited constraint to growth has been the cost and availability of labor. High levels of national employment have created a tight labor market, making it difficult for many agricultural operations to find labor – particularly seasonal labor. In San Joaquin, Stanislaus and Merced counties, the unemployment rate has also trended gradually downward following the Great Recession, creating a tight market for businesses and increasing labor costs for agricultural producers.

The cost of water also looms large for most producers. Strong precipitation in the early months of 2019 may have provided temporary relief as the outlook for seasonal drought is very low.5

In 2014, California passed the Sustainable Groundwater Management Act (SGMA), which created a local framework for managing groundwater across much of the Central Valley. The state’s plan also set a deadline for the region’s most intensively used groundwater basins to reach sustainability by 2040. Still, the long-term issues of water availability, quality and cost are not likely to be resolved soon.

While the region’s rising labor costs and flattening commodity prices have given some producers pause, there are reasons for optimism when considering the Northern San Joaquin Valley’s agricultural economy.

Many producers have shown a willingness to embrace new technology, new commodities and new growing practices to meet consumer demand and improve productivity. As a result of these changes, total agricultural receipts in San Joaquin, Stanislaus and Merced counties have grown at a faster clip than the state or national average.

The region’s willingness to embrace change, along with a spirit of ingenuity and resilience, should help position operators for long-term growth as they weather the economic headwinds.

To learn more about financial services tailored for your operation, visit our contact page or call us today at 800.800.4865. 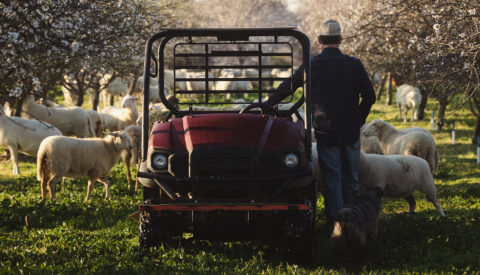 As the sun rises over California’s Central Valley on a crisp morning, Zack and Montica O’Crowley’s almond orchard is already buzzing with activity as sheep and… 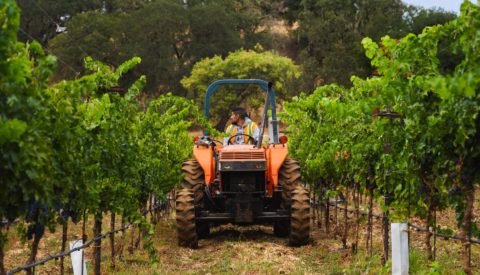 Heading north along Highway 101 in Northern California, you follow the path of the Russian River in reverse as it courses through the steep hills and… 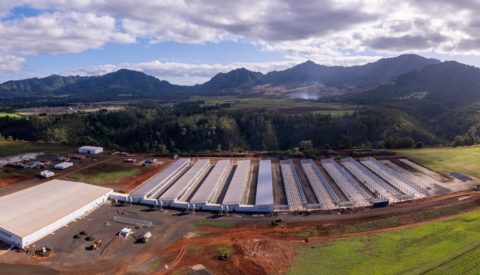 Hatching a Plan for Sustainable Eggs in Hawaii – Villa Rose

It’s a warm spring morning on the island of Oahu, and Waialua Egg Farm is already active with the sound of chickens clucking and workers loading…