Note: This article was originally produced in December 2019 for the Cattlemen’s Update Tour hosted by the University of Nevada — Reno and USDA-RMA. American AgCredit has also been a faithful sponsor of the event. This article has been updated to reflect the market as of February 2020.

When considering the 2019 season, words like “grind” and “grit” and phrases such as “labor of love” come to mind. Grit has always been a key characteristic for Nevada ranchers. But in the early 2019 season, optimism was met with strong production, which pushed cattle prices lower and forced many ranchers to apply ample grit and adjust their approach mid-season.

The cost of production also increased slightly, which kept profit margins relatively tight and the fight for profits challenging. However, the demand for beef remains strong, providing producers with some support heading into 2020.

In 2019, headlines were filled with new “meatless-meat” options. Judging from headlines, some would be surprised to learn that total beef consumption in the U.S. actually increased nearly 2 percent from the previous year1.

Looking forward, there is optimism that beef exports in 2020 will challenge 2018 levels. The USDA currently forecasts the volume of beef exports in 2020 to be 4 percent higher than 2018 levels1.  Moreover, trade resolutions with China, the passage of United States-Mexico-Canada Agreement (USMCA) and devastating wildfires in Australia could lead to greater market access for US beef exports to fill the global protein gap left by declines in the Asian hog herd.

Although beef exports declined in 2019, the export market accounts for a very small share of total use, about 12 percent of total beef production1. Total demand in 2019 has generally improved. As evidence, the beef demand index from Kansas State University has steadily improved over the last several years, often falling in positive territory after a prolonged period of poor demand from 2008 through 20143. Moreover, the USDA’s 2019 estimate of total beef use (which includes imports, exports, domestic consumption, etc.) increased nearly 2 percent from 20181.

The improving demand picture led the USDA to lower their estimated ending stocks for 2019 by nearly 3 percent from 2018 levels. The decline in stocks and the potential for greater beef exports may help set up a slightly good start to 2020, which is expected to be a very strong production year.

There was no bull about the advertised 2019 production; U.S. ranchers produced a lot of beef. In fact, the USDA is estimates total U.S. beef production in 2019 to be more than27,000 million pounds (carcass weight), the highest level since 20024.

Total cattle on feed also spent most of the year at historic highs. As of December 1, 2019, total cattle on feed stood at 12 million, or 2 percent above 20185. Additionally, the USDA’s 2020 forecast projects a 1 percent increase in cattle production from 2019 production levels1. The bottom line is that beef production has been strong and looks to continue to be strong. Therefore, demand will need to grow at an even faster pace to keep up.

Calf prices generally improved in early 2019 as production increases were not as pronounced as demand improvements, and range conditions were generally thought to be strong. As beef production ramped up in the second quarter of 2019, the futures market began to sag and tamped down regional cash prices6.

In early November, regional prices for heavier calves improved and began an upward trend that has carried into 2020. Regional prices for lighter calves have also improved steadily towards the end of 2019 and into early 2020. The improvement in cash prices could help stockers and backgrounders who were holding calves to sell later in the winter.

Retail prices have also improved in the second half of 2019 after starting somewhat slowly. Improving retail prices coupled with strong demand may help push and hold cash prices for calves higher in the early portions of 2020.

Nationally, input prices for beef production increased very slightly in 2019. Early in the year, low hay inventories pushed hay and other forage prices above 2018 levels. The hay and forage prospects generally improved throughout the summer and prices declined. At the same time, the supply of corn came under pressure and grain costs increased. Thus national feed costs for cow-calf operators and the feeding cost of gain for feedlot cattle spent most of the year slightly above 2018 levels. However, current feed costs remain well below recent highs.

Input costs in Nevada also increased slightly. Projected costs for pasture, feed, labor, etc. increased narrowly over 2018, but still remain below highs from 2012-2014. Hay prices in Nevada have been fairly stable, though prices were trending slightly higher in early 2019.

PULLING IT ALL TOGETHER

Slightly lower calf prices in the second half of 2019 kept both national and regional beef cash receipts flat to very slightly below 2018 levels.

With tight profit margins, it’s not surprising that much of 2019 felt like a grind, or at least a bit more taxing than normal for U.S. beef producers. On the bright side, beef demand remains fairly positive with some signs of gathering strength in the later parts of 2019 and early 2020. Additionally, some forecasts continue to call for tight-but-positive profit margins in the near term. The Nevada rancher will likely need to continue applying grit to succeed in 2020.

To learn more about financial services tailored for your cattle operation, visit our contact page or call us today at 800.800.4865. 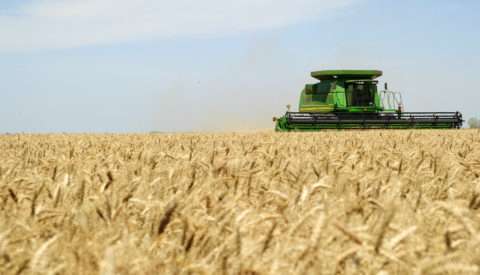 As combines roll across the nation’s wheat fields, farmers have a lot to think about. High wheat prices, high input prices, drought followed by too much… 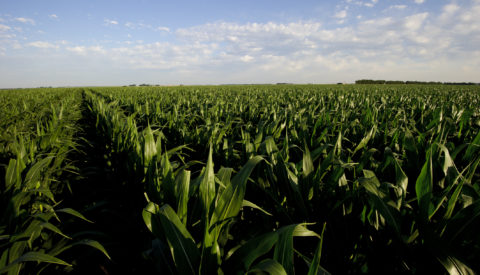 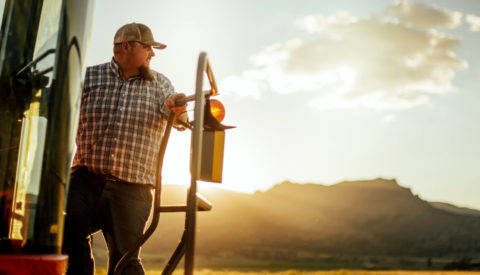 Russia’s attack on Ukraine will have long-lasting implications for U.S. rural industries The Russian invasion of Ukraine has brought on a new set of economic conditions…