THE NEW GENERATION IN AGRICULTURE

The picturesque Surprise Valley in the northeastern corner of California is the only place Jon Arreche has ever wanted to be. A sixth generation farmer, he was raised on the land—in the high altitude community of Cedarville—that he now owns and operates as Arreche Hay Company. 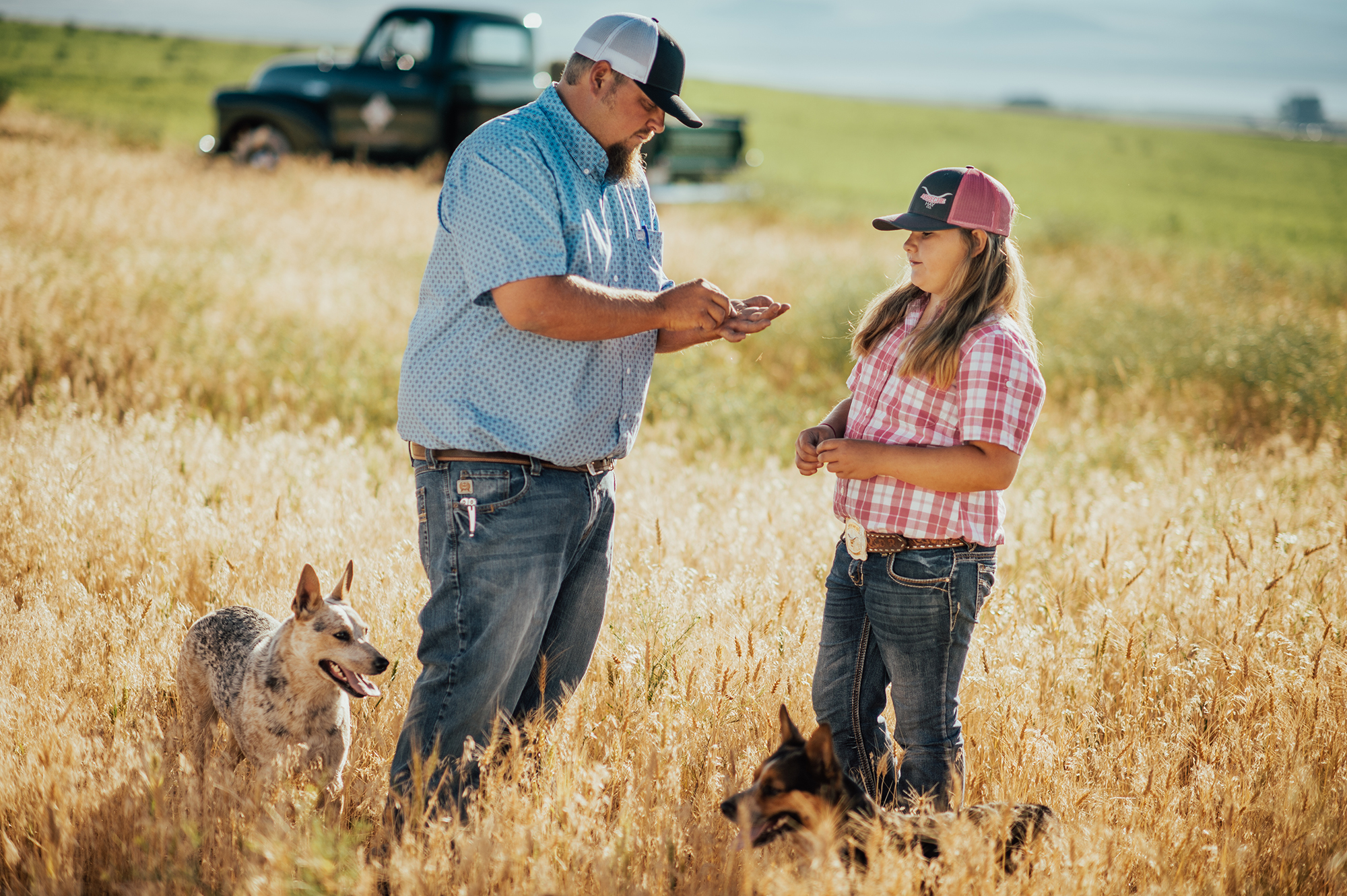 Jon found his inspiration growing up on the farm. “Seeing my grandpa’s passion for it and watching him and my dad work hard every day to make it work, from equipment to growing the crops,” he says, “I knew I wanted to continue my family’s legacy.” His opportunity would come.

After college, Jon got to work by forming a hay hauling business. When his grandparents decided to retire a couple of years ago, he was ready to purchase the family alfalfa operation. Jon turned to American AgCredit and lender Christine Taylor in the Alturas office for help. He’d known Christine for a few years and his grandparents had been Farm Credit customers for half a century. A young farmer with big financing needs, Jon relied on Christine during the loan process.

“She helped me overcome obstacles and went over and beyond to make it worry free,” he says. “Everyone was happy at the end of the day.” 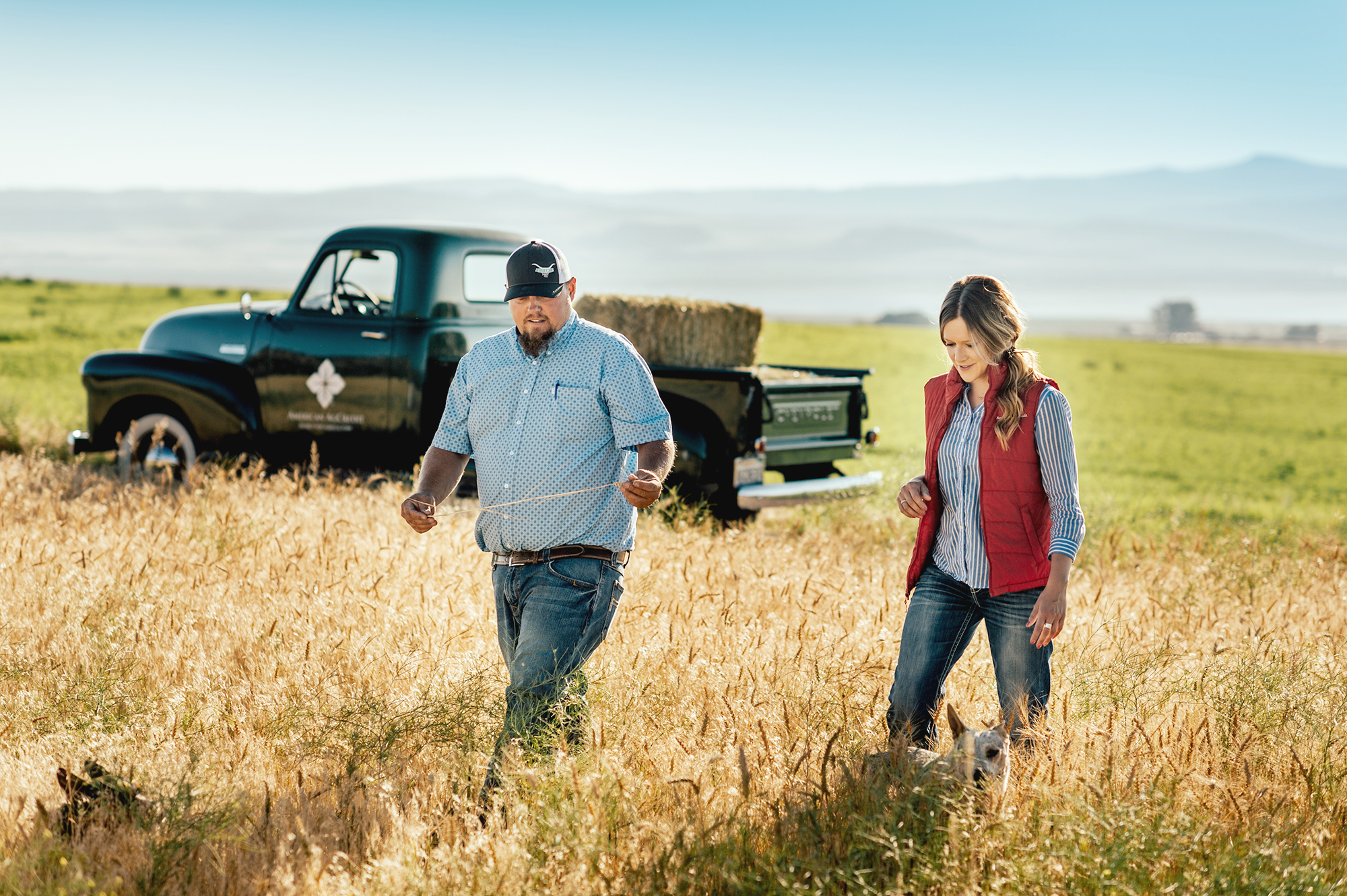 Christine counts that as the best part of her job. Like most American AgCredit lenders, her personal agricultural expertise helps her to understand the unique needs of her customers. She grew up on her family’s cow calf operation about 75 miles north of Cedarville across the Oregon border, and still helps there whenever she can.

Both lender and customer speak to the rewarding nature of their work. Christine especially enjoys helping customers buy their first ranch or first set of cattle, but says helping everyone is very rewarding. Jon takes pride in looking back at his accomplishments each day. When his hay goes down the road, he knows he’s feeding dairy cows and other animals, and as he says, “I essentially get to feed America.”

There are challenges, too. The hard work, the storm that comes and ruins everything, or the piece of equipment that breaks down bringing progress to a halt—all reminders to Jon of the hardships farmers and ranchers weather year after year. Still, he is most grateful for the opportunity to continue his family’s legacy there in Cedarville. 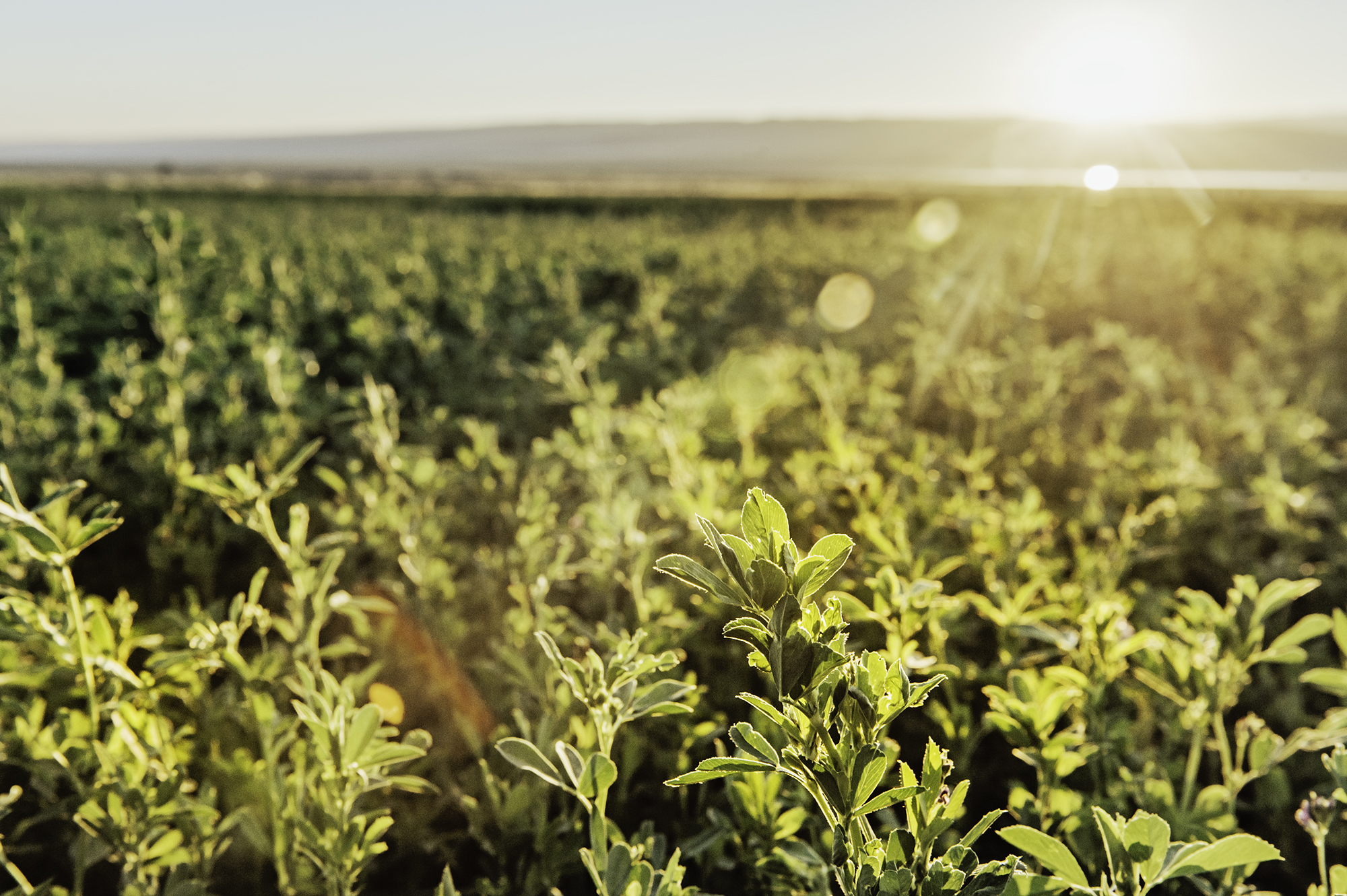 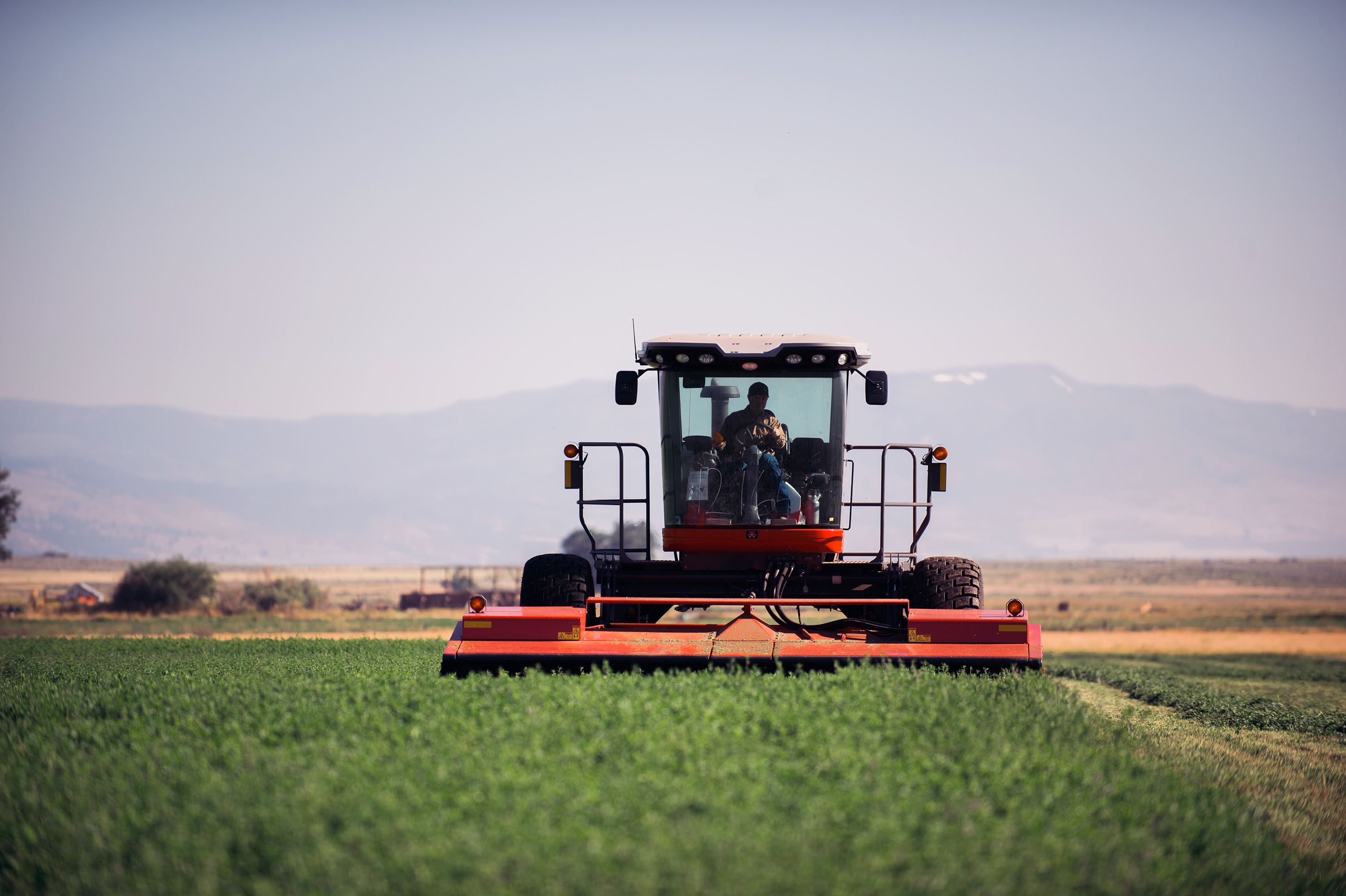 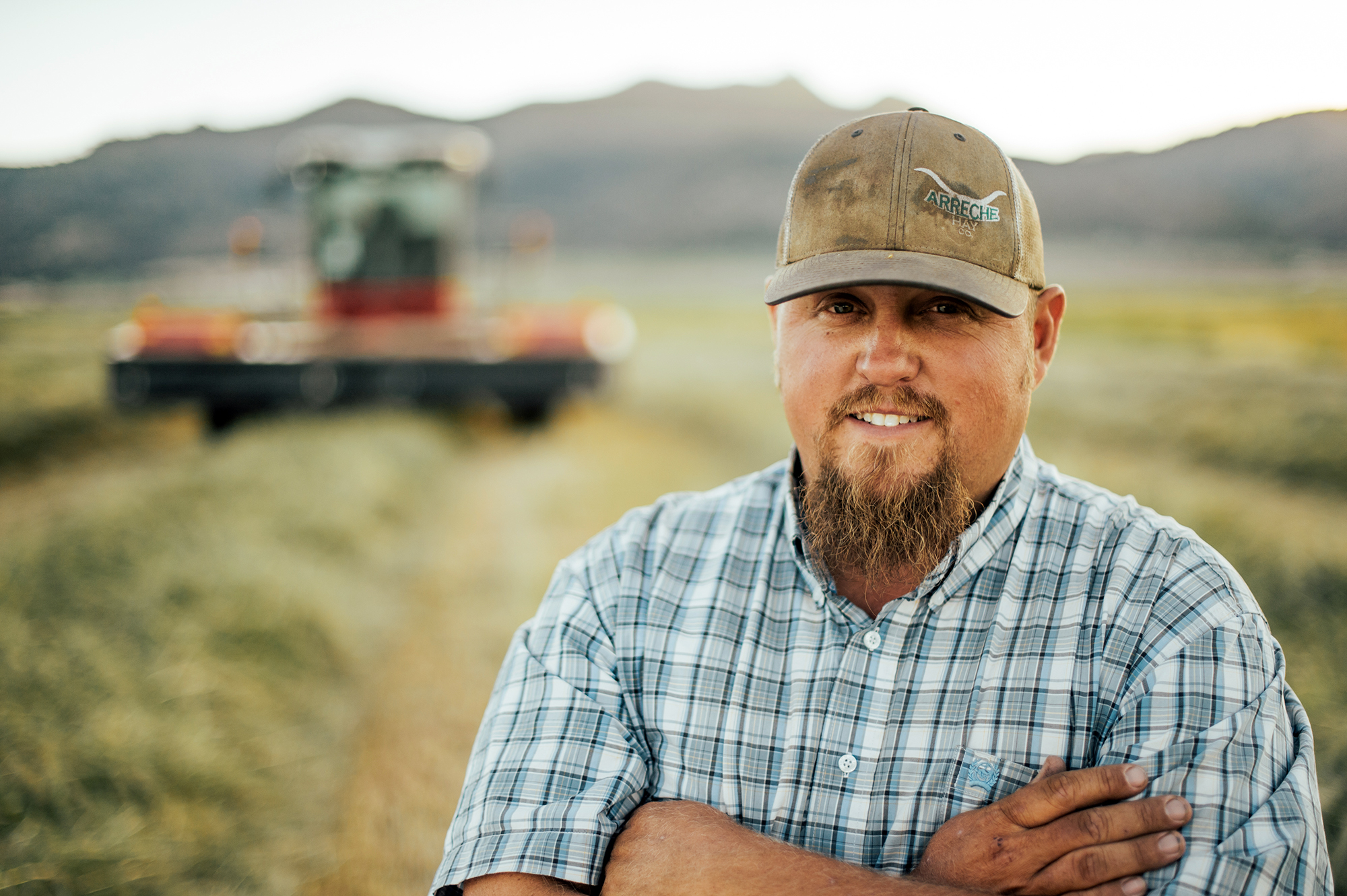 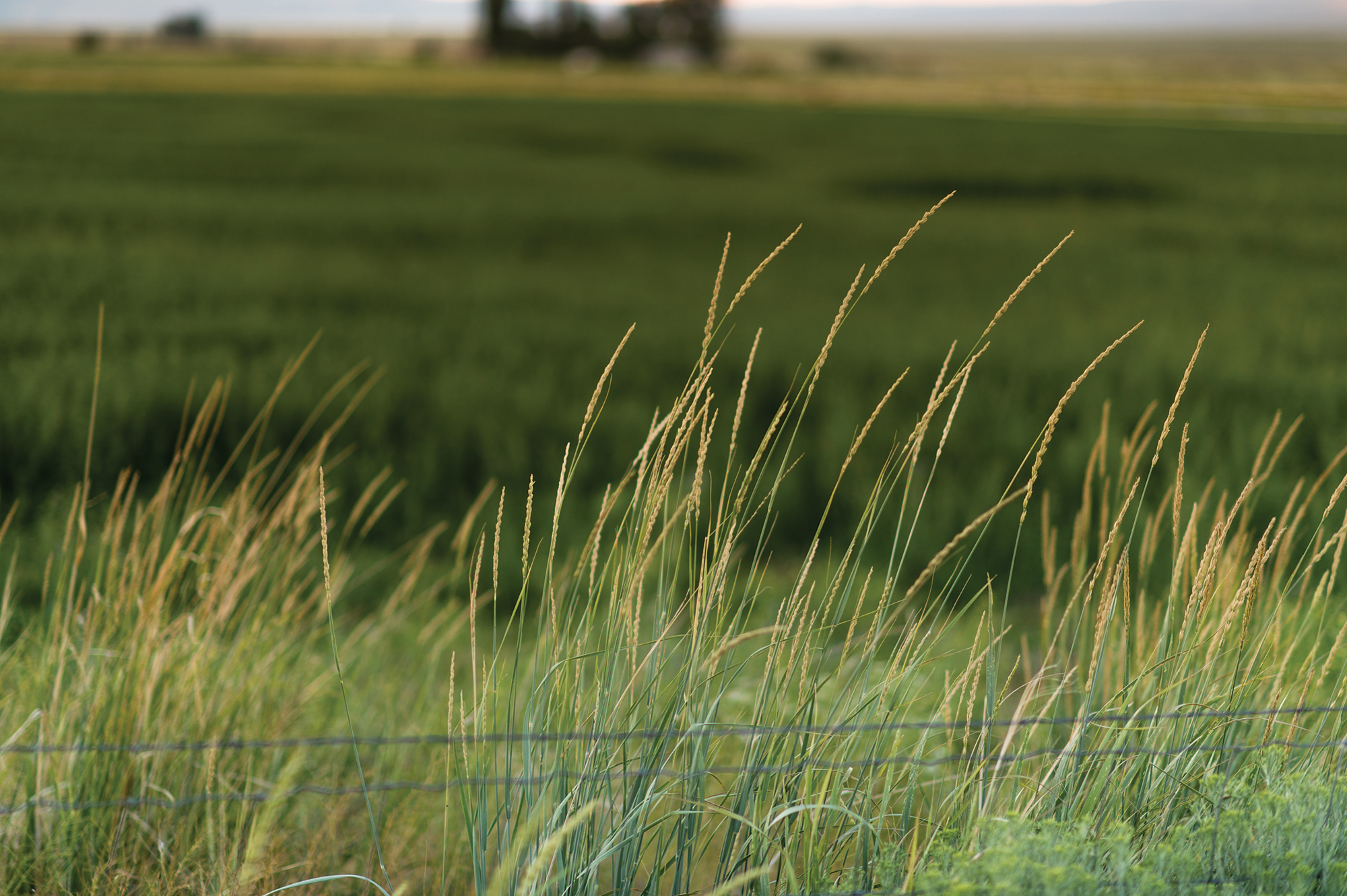 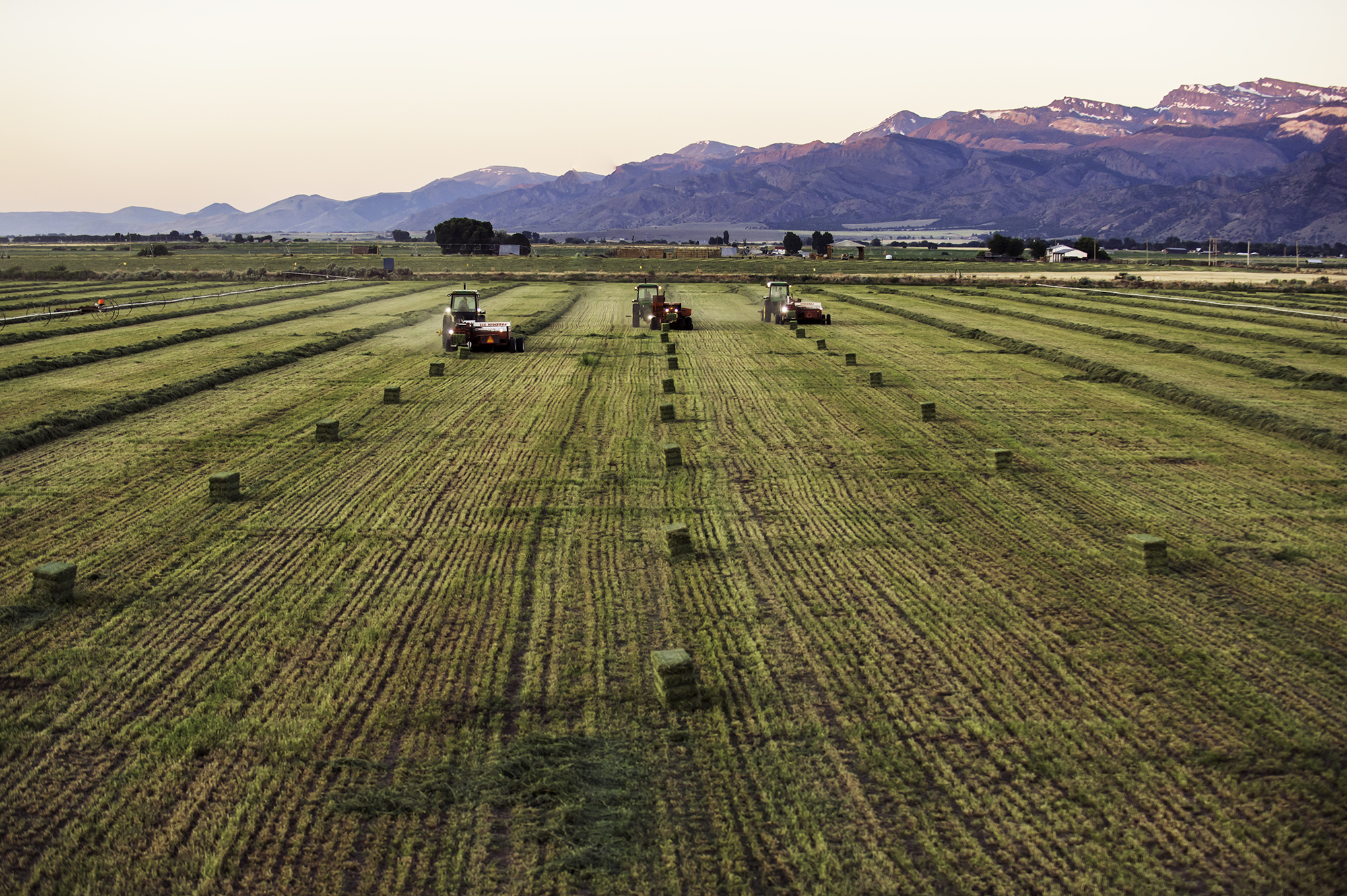 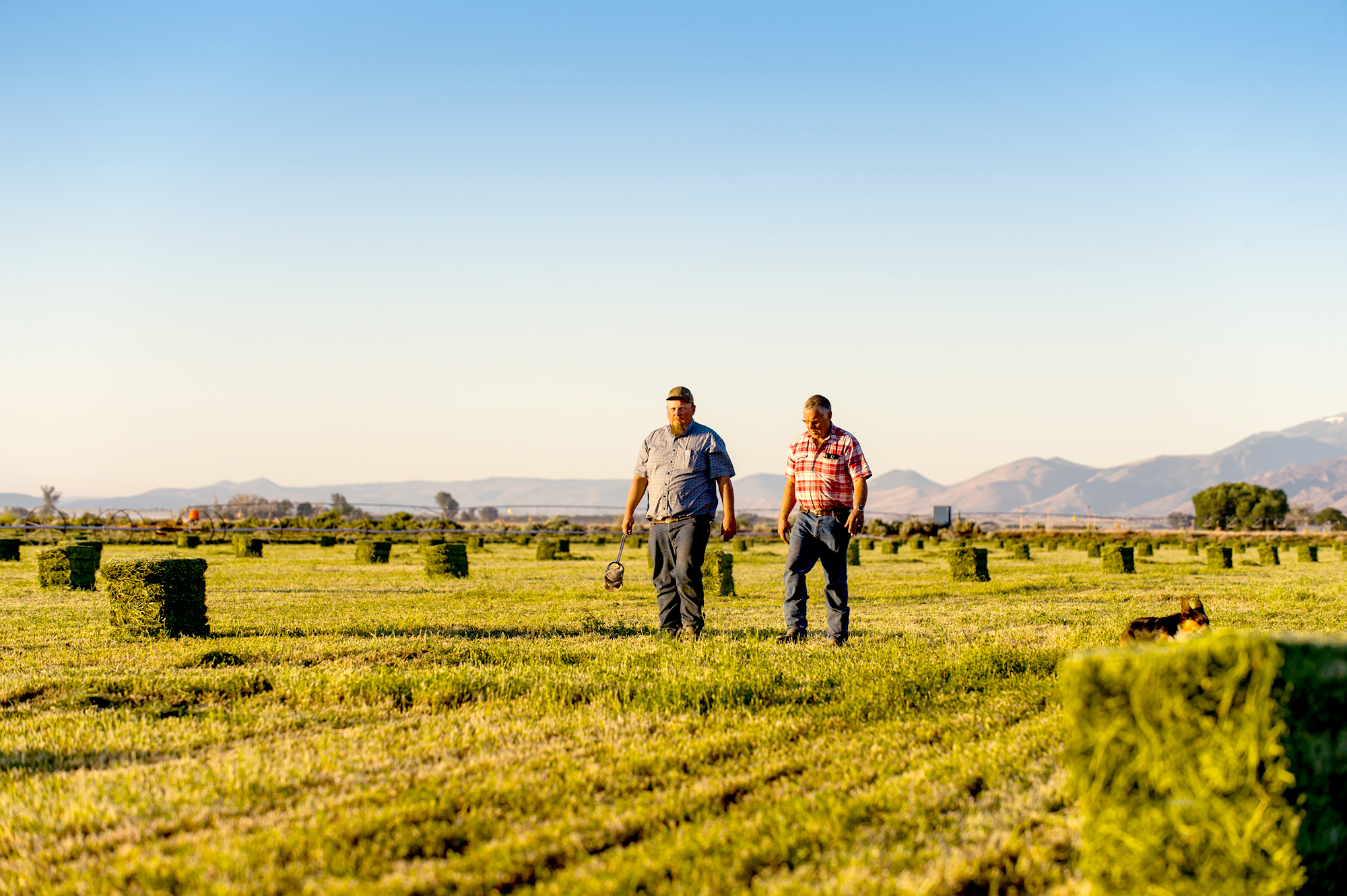 Jon Arreche and his father 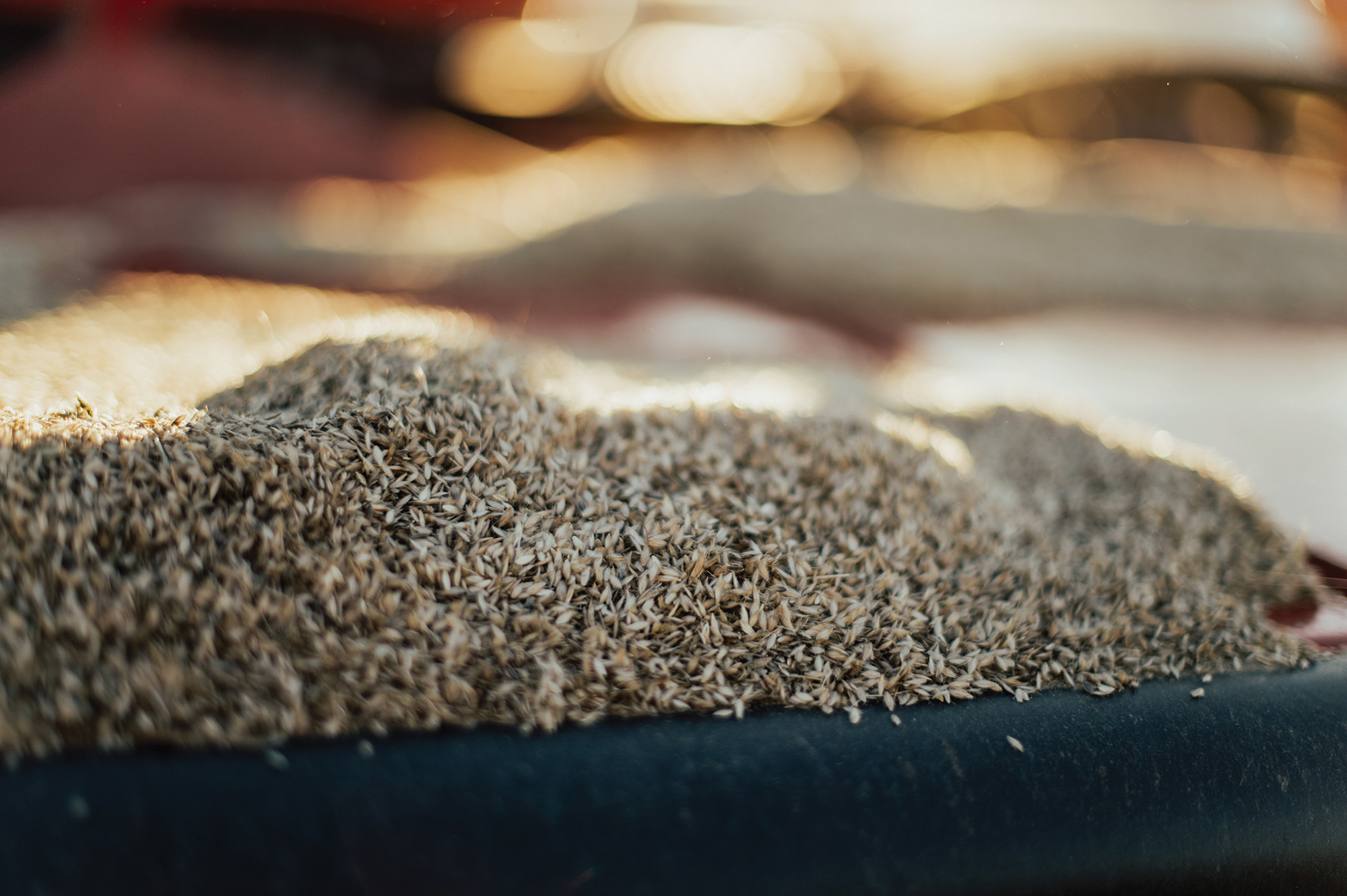 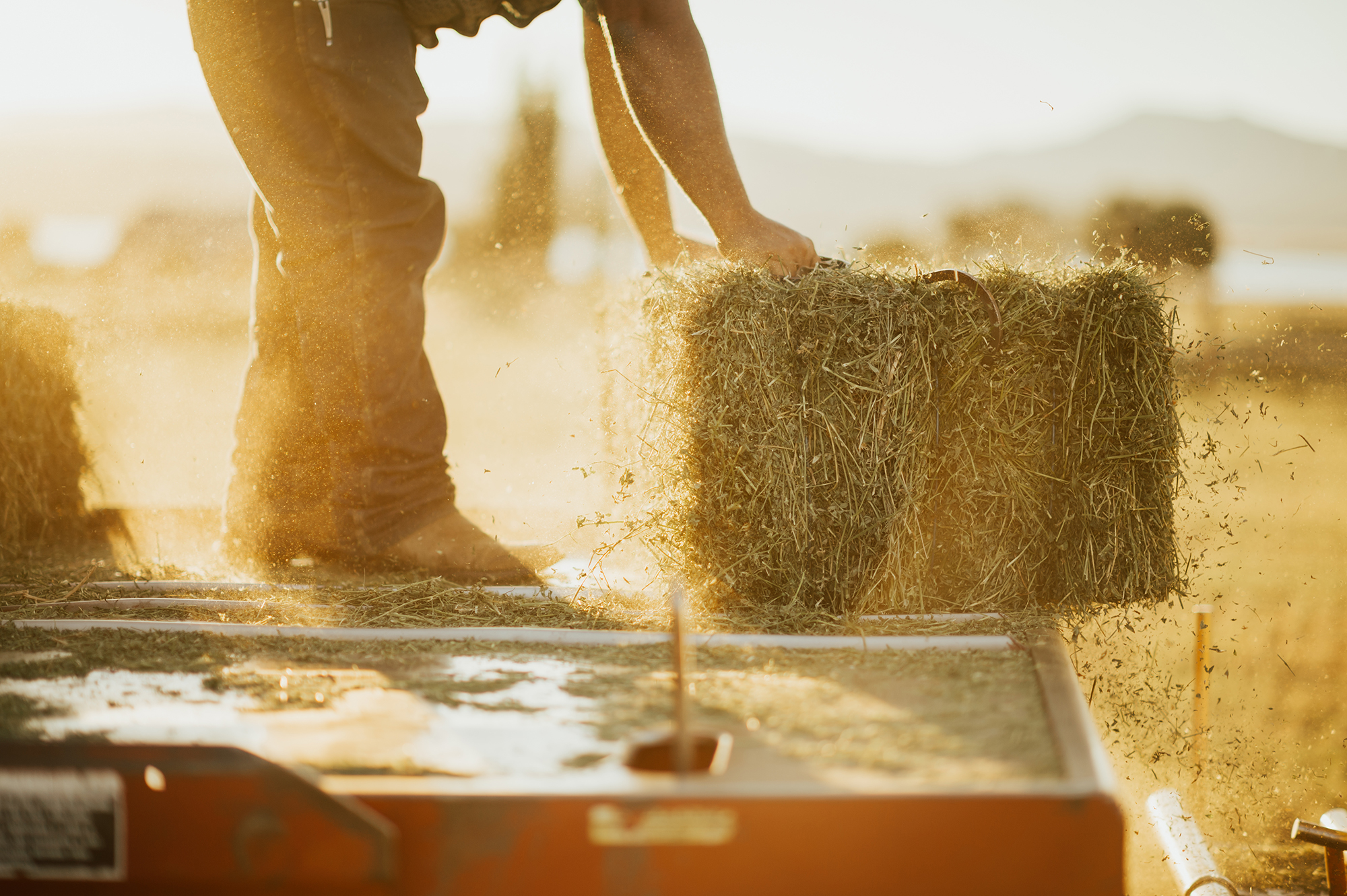